This I have only ever watched once why? it freaked the S@@T out of me 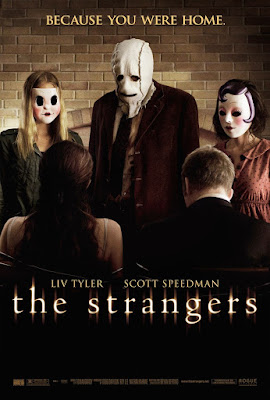 I am rarely scared by horror films,or ever that disturbed by them.This film got to me,a similar film to this film Funny Games that equally disturbed me also. Now home invasion movies have been done to death,some work some do not for example the piss poor The Purge,was dreadful.This scared the shit out of me for one reason it is so bloody real. It is not full of blood and guts,and pointless kills,it is a very slow moving psycho thriller that once it pulls you in.It will freak the shit out of you.A married couple Liv Tyler and Scott Speedman,arrive at there holiday cabin,after attending a friends wedding.Now cracks are appearing in this couples relationship,it is obvious they are struggling to be together,almost in a last ditch attempt to save a marriage.When a knock at the door in the early hours,is the start of a terrifying  night,of psychological torture,stalking,and why are they doing this because they can and are sick bastards, and also by there own ideology "You Answered The Door" you asked for it.The film is that simple no gimmicks,no CGI just one of the scariest psychological films I have ever seen.And the scary part about it you know from the very start that they will get away with it and it will not be a typical Hollywood ending,that is what is so real about this film,the couple will die in this film the perpetrators will get away with it and you will not see a happy ending I'm afraid and that is that,and I'M not giving away any plot lines either it is simple logic three against two you know in reality who will come out 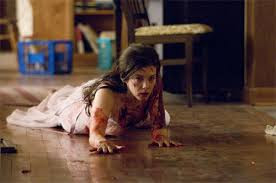