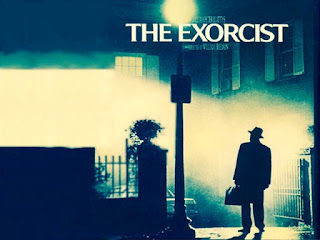 The Mother of all horror movies a film so iconic you could remove the title,and yet you still would know what film it was. The best film easily of the seventies,but criminally taken away from us in the Eighties. Through the campaigning of a certain busy body by the name of Mary Whitehouse. In which so many films for almost a decade were banned for the home video market. It was banned under the name of a video nasty. Almost every horror film in the UK was either very heavily cut or banned. A film you could only see in cinemas. And believe it or not in the UK we had to wait till 1999 before it was released on VHS and DVD.  I first saw this on a midnight cinema showing at Halloween. Four friends, I was driving the others had a skin full of alcohol. So they were more jolly,louder almost boasting "why was this banned I bet it isn't scary"  Yes this film is a very slow starter and builds up slowly. My God when it gets going is is not only brilliant but one of the scariest experiences I have ever seen. And to watch with my friends who all were putting on brave faces,and laughing about it afterwards, it was only a few days later my mate admitted to me the film in his words "it really f@@cked me up" . He said he hadn't slept properly in days, and was sleeping with the light on. He was 20 the same age as me.

To be honest I own the DVD complete box set now with all the films including the excellent Third in the series and the two prequels The rubbish Renny Harlin version,and the better version of the same film Dominion directed by Paul Schrader. Nothing can take away the experience of the first one,and yes I own all the films,but still now find it hard to watch the first one. It still scares me now. Brilliantly Directed by William Friedkin. And staring Max Von Sydow, Lee J. Cobb Ellen Burstyn, and the absolutely superb performance from a very young Linda Blair who plays the possessed child Regan. Baring in mind she was only 14 at the time. And to put in a performance that made me almost wet myself,God knows why she was never an Oscar Winner. A lot will say but it was all about the makeup, yes it was brilliantly realistic but you still have to act under those layers of latex ,for someone so young I'm speechless. Shame in a way as she couldn't I think ever beat that performance, and kind of a curse. Same as the other talented actress in the Eighties Drew Barrymore who had to reinvent herself in the late nighties,because of her fame so early in her career. I not going to run through the story because if you have not seen this yet,well you probably deserve to be possessed, sorry I don't mean that. It is a film every horror fan needs to see,a film that set the benchmark for all horror films since. Without this film the excellent Rosemary's Baby would probably not been made, the equally scary Don't Look Now, The Wicker Man, and The Omen. Would not have been thought off. So William Peter Blatty your a literary genius,William Friedkin equally as much praise to you. Linda Blair you scared the shit out of me, a film so good,so legendary, and so scary even now I find it a hard watch. That my friends make this the best film ever made, or certainly the best horror, this is the Citizen Cain of the genre of horror, and I dare anyone to argue against that. Watch it now if you have never seen it, it is a must watch.
5/5⭐️⭐️⭐️⭐️⭐️ 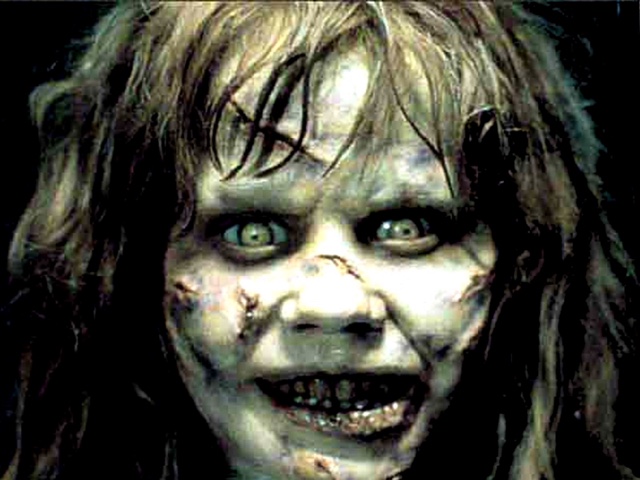