Now I've been dwelling on this for months, yes I have all three versions individually on BluRay I have the Trilogy box set on DVD also.
Now I love Peter Jackson,a fantastic director,a genius in filmmaking,even setting up his own special effects company Weta. I have followed his work from the very early low budget horror/comedy films he made up until these mainstream films. Lord Of The Rings is considered to be one of the finest trilogies ever made,and I cannot disagree with that. Yet I cannot hide my feelings  like I've been let down by this trilogy. Yes they are all fantastically made,acted brilliantly,the cast I cannot disagree with,with Martin Freeman perfect as Bilbo Baggings.
The Hobbit An Unexpected Journey was an overlong,but still an enjoyable watch,with some outstanding scenes.
The Desolation Of Smaug was without doubt the finest film to be ever put to celluloid, a film at almost three hours long,that never felt that long at all,a film that flows so brilliantly. With scene after scene of pure enjoyment. The introduction of Evangeline Lillly as Tauriel,which upset a lot of Toilken purists was genius,she was gorgeous,Mesmerising in every scene. Yes we know she was made up by Jackson to be the love interest of Kili the Dwarf but it just worked. And Benedict Cumberbatch as the voice of Smaug what can I say if ever a film could reach perfection it was this one.
Then we had The Battle Of The Five Armies, a film that I cannot hide my disappointment with,a closing chapter to end the trilogy,which led me in the end thinking what was the point in the end. Smaug was taken out far too easily. The rest just seemed like an excuse to show of to the world how far technology has come,with the over the top use of cgi. Yes I get the whole point of the film Dwarfs want to claim back their land and property,from a Dragon with a gold fetish, with the help of a Hobbit and Gandalf the Grey. But the killing off of main characters was there any point,why spend so long creating a love aspect in the film to have it completely destroyed. That was the thing that spoilt my enjoyment of this film. I could not think that I spent 9 hours of my life watching this,to in the end just have my heart broken,with sadness and disappointment. Maybe I'm an old romantic but was their really any need.
The casting is superb with Martin Freeman,Richard Armitage as Thorin, Ken Stott,James Nesbitt,Aiden Turner, Evangeline Lillly. A never ageing Orlando Bloom,and sir Ian McKellen, who look as young as they did 15 years ago.
I can recommend these films,but this time only individually, An unexpected Journey was sweet natured ,plods along at a slow pace,but is still enjoyable. The Desolation of Smaug is easiest the finest film made in the last twenty something years. Five Armies I would rather forget. For collectors by all means buy the Trilogy, but almost like the Lord of The Rings Trilogy,The Fellowship is by far the finest of the three. Two Towers is the strong bond that bonds all three together, and Return Of The King like Five Armies was the weakest but still a great ending to a trilogy.
The Battle Of The Five Armies will always be a disappointment to me a film that ruined an entire Trilogy,and if I upset people I'm not sorry that will always be my view. 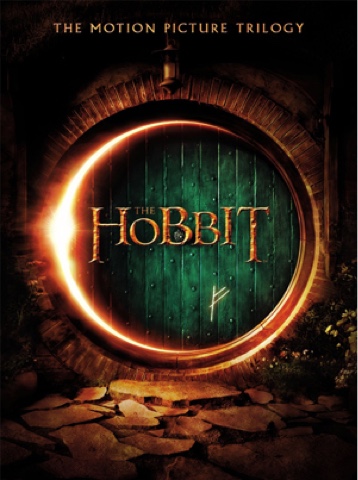