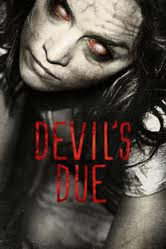 As I said earlier this film is more famous for the publicity stunt with the demon baby in a pram,A massive youtube favourite. Now I'm not even saying this film is good or bad.But from the start to be compared to the classic 70's film Rosemary's Baby is so wrong.To put this film out to fail before anyone had really seen it. All the reviewers had the daggers out for it,kinda like the critic in Birdman,who vows to bring down the play before anyone has any chance at seeing it,or making their own minds up about it.The same argument was with this film.
I'm not saying the film was perfect,no it was far from it. It is still an enjoyable 85 minutes.Yes it is filmed in the usual found footage,but is actually believable as a young married couple want to document their  pregnancy together.

What is wrong with that,and that is why the film has been so slated, for what? for using modern technology to blog about a baby being born.We see thousands of posts a day on Facebook with couples using social media to share with all friends and family.We see youtube videos of time slip photography of a pregnant woman,to see her bump grow.All that is accepted but this film is not, did annoy me somewhat.Yes it is flawed,but the simple story of a woman,who was actually raped on her Honeymoon,by some unknown person to carry the devils child.Who the woman has no recollection of,and is over the moon to be pregnant with her joyful husband.

I am one of the few people who saw through all that and actually enjoyed this film,yes it is no Rosemary's Baby but I don't believe for one moment is was meant to be that film,just a clever film about a young couple who wants to have a child,and things start going wrong in the pregnancy.So please do not listen to the critics this film has been so badly judged,from the start as I said it isn't perfect but it isn't bad either. A found footage film like Afflicted used perfectly to make a creepy film.So I would say Matt Bettinelli-Olpin and Tyler Gillett be proud of your film. I saw through all the shit negative reviews,you made a decent film and Allison Miller and Zach Gilford be proud of it also.
A decent found footage film that is actually quite good 3\5☆☆☆ 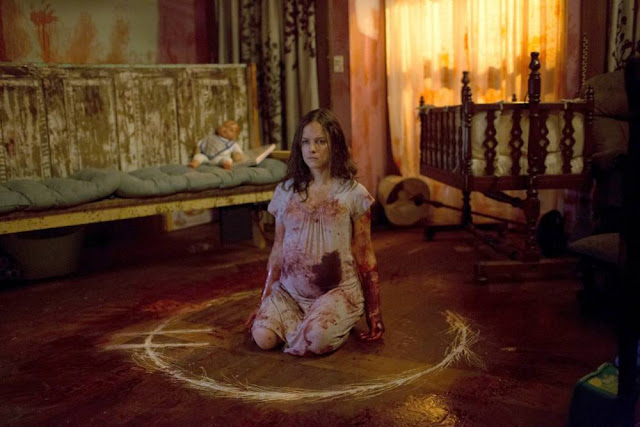