The VOICES strangest film ever but original 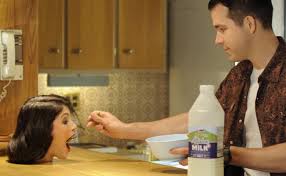 The voices is a film I watched yesterday evening, I never wrote a review right away as I really wanted to decipher the film. Even now the film is still processing in my brain. A lot of negatively has come from this film,especially about the mental health aspects of the film. People claiming to be harmful,and to be ridiculing especially people who suffer with Schizophrenia. This film was neither dangerous,or once patronising to people with mental health issues. The only true message it did send out was the importance of taking medication,whilst being diagnosed. Yes I myself suffer mental health problems, mainly severe Anixetys which stopped me from working,and bringing on depression. But I did not find this film offensive in anyway. And the casting of Ryan Reynolds as Jerry is once again spot on,an actor who never seems to do right in any film with any critics,he is too good looking,stars in too many comedy's, miscast regularly in the eyes of critics. I have never really seen a film when his performance has been really congratulated, well I can name three straight away on the top of my head Safehouse, Buried and this film the voices,which is very similar to Buried as Ryan is onscreen almost the whole screen time. His performance is nothing short of brilliant,a child who is brought from Germany to live in the U.S. By an overbearing abusive step father. His own Mother hears voices,and suffers from extreme depression. And unfortunately mental health conditions are hereditary. After the death of his Mother Jerry is institutionalised,and when released is under the care of psychiatrist Dr Warren. Who suggest he gets a job and interacts with the world,so he works as a manual worker for A Bath making company. That is really the story, Jerry tries to interact with the world,with severely dangerous results. To be honest none really is his fault,yes he kills three people in this movie, none of it would have happened if he would have taken his medication. In which is personalities is split between good and bad in the form of his two pets who talk to him. One being his good conscience in the gorgeous hound Bosco and the other the evil side represented by his feline Mr Whiskers.they become the two sides of his personality. This film I think was wrongly marketed as a dark Comedy. Yes it has scenes of the the macabre.but I never once thought anything was funny, I found the whole film incredibly sad. The other acting roles in this is fantastic Anna Kendrick who I'm never too sure about is gorgeous in this,I really liked her performance,she is really sweet in this. Jemma Arterton as the British Babe, who is the office Hottie,and a little bit of a bitch,who Jerry first falls for is very good. But the only performance you can really congratulate is the brilliant Ryan Reynolds,who a lot of people doesn't know voiced the Dog and Cat in this movie also. A really brave performance by Ryan and plaudits to you sir.

As I said this film is not really a horror movie,it isn't really a dark comedy, just I think a very sad film about Mental Health issues and the dangers of not taking your medication. 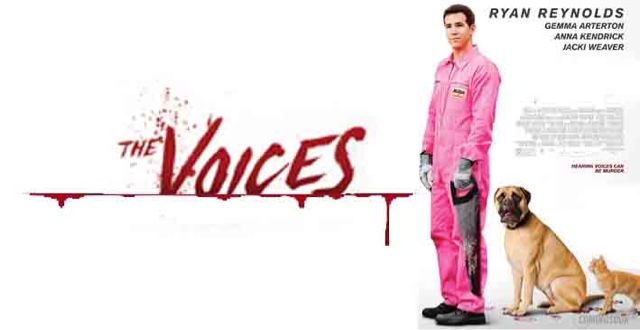