Last Days is a Farce 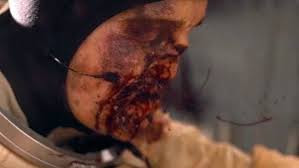 I so wanted this to be great,the trailer looked fantastic.It stars the normally reliable Liev Schreiber who like a friend who is always punctual,always reliable and will never let you down,but this time my friend let me down.And that is how I felt with this movie.Yes it is a low budget,independent movie,with what the director had to work with,created a realistic Mars environment. The opening sand storm is really good,and gives a vast space of nothing but rocks,and sand to look at,a desolate  planet.No wonder the crew are all ready to return to Earth,after months away.The crew are all watching their last few hours, clock watching,waiting for the shuttle to collect them,and swap crews,ready for the long journey home.The problem I have with this is Liev's character Vincent who has appeared to have got claustrophobia ,now we are not sure if he developed it during the long months away,being in an enclosed space.Or wether it is the dread of going into stasis for the journey home.But surely being an astronaut,wouldn't they have picked that up in training. Anyway that is my first rant,and nik-picking of this film.Apart from the irony that something is going to happen in the final hours of being on the planet.This film proves the scientific proof that some have thought about life on Mars,especially the recent possible discovery of Bacteria on the planet. Well this film explores that thought,with one scientist on the mission convinced he had found some on one expedition out. He goes against protocol and goes on a mission,on his own to prove his theroy. He falls into the abyss when the ground gives way on him,whilst collecting samples. When a rescue crew go out reluctantly  to find the scientist,they go missing also. So yet another crew go out.but then on the radar we see the three missing Astronauts just walking back to the base.That is where it turns into normal Zombie type pandemic with the bacteria causing a strange effect on its host.Now this could have been a really great claustrophobic thriller,with very little hiding places to hide from,but just ended being a slight disappointment.The cast of usual great Actors such as Olivia Williams,Elias Koteas as the station manager.Even this cast could not stop this from being Bad.This film is far from terrible,and is reasonably an okay film. Not Brilliant I'm afraid. And the strongest dilemma of the crew who is not infected in not letting this bacteria onto Earth,with the current Shuttle coming.In other words condemning themselves to a permanent stay on Mars with no way of getting home,in a permanent quarantine. Can I recommend it is just Okay,I've seen better sci-fi horrors I'm afraid. This Planet seems to be a curse as I have not seen a decent film about this planet,Mission To Mars was dreadful,The Red Planet was not much better,the only decent ever film on this red planet is the fantastic Total Recall,which is now over 25 years old and is still the best. 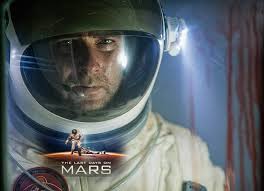