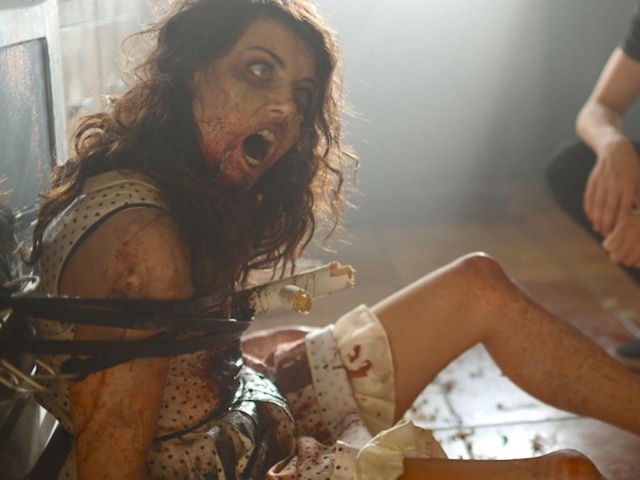 Sorry guys it has been a busy few days for me,and to be honest I have not had time to watch any new films,been very busy at work,and also decorating my kitchen. So it is a case of going back to the films I have watched in the last few months. The film above I so wanted to see,and enjoy, and when I saw it on the shelves for £5.00 I had to get it,bit fed up as the same week was available to stream on Netflix, and I had opened the DVD wrapping.

Anyhow I still wanted to see it,the trailer looked really cool,looked a very dark comedy. I will have to say this is one of my disappointments of late, a film that had so much promise,yet fails to deliver. It is neither a comedy or a Horror film. I have seen some cracking examples of Zombie comedy films when they get it right, Shaun Of The Dead, Zombieland, and the recent Wyrmwood,which I have reviewed on this blog. Which were outstanding films,to get the horror/ comedy tone just right. This film is a mess,as I said it is such a shame.

It is very slowly paced,no gore at all, and is really just an arty independent film,which does not deliver. I hope the other Zombie comedy produced film with Anton Yeltsin,Burying The Ex is better.
Such as shame as this film had a cracking cast of usual reliable actors John C Reily,Anna Kendrick, the usually very good Dane DeHaan,and Aubrey Plaza, who plays the main character Beth. I could tell you the story but I really cannot be bothered to explain the whole story, just watch the trailer,and you have seen the film.

Such a big disappointment as it could have been brilliant,instead the Director Jeff Baena was obviously happy with just mediocre. Such a shame such a disappointment. Bring on Nina Forever.
2/5⭐️⭐️ 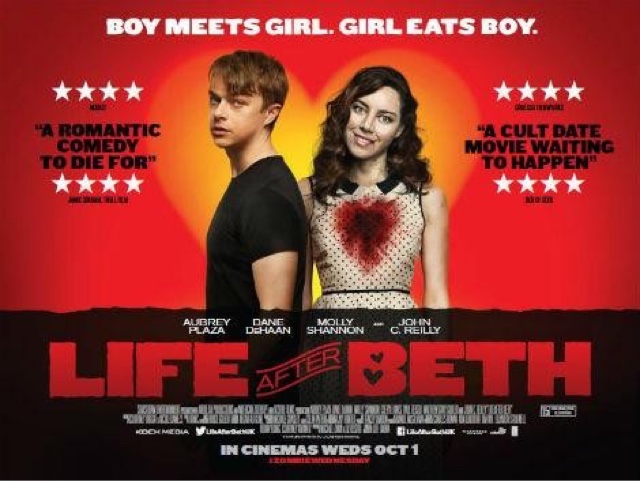