ASS SHAMBLES OF A FILM OR 'ASYLUM' SHOULD I CALL IT 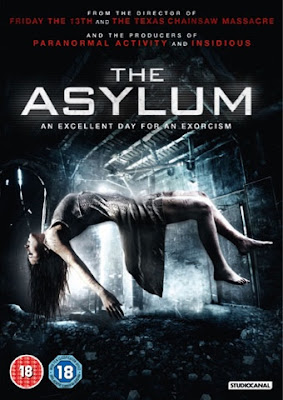 I do wish I did not review films. As maybe few years ago I might have enjoyed this film. But I could not stop being disappointed by this. Directed by the Guy who brought us the 2009 remake Friday the 13TH. And the director of the 2003 remake of The Texas Chainsaw Massacre Marcus Nespel. The film was called exeter in the states,but known as the Asylum in the UK. A simple story of a former Mental Hospital,who mistreated the patients to such an extent that it was forced to close in the early Seventies.It is rumoured the hospital is haunted by spirits of the mistreated patients who died. 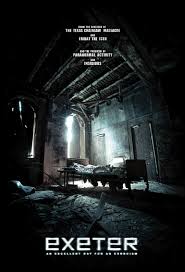 The Hospital was owned by the church,and is going to be refurbished again,by the same church. With Stephen Lang as the priest overseeing the operation. With his protégé Patrick helping. Trouble is Patrick's friends see the Hospital as an opportunity to host a massive rave, drug fuelled party  so with the usual drug fuelled shenanigans,naked girls,drunken party goers. So the after party Patrick and his few remaining friends Brad,Amber,Reign  and teenager Rory decide as you do to to try and raise the spirits,by playing a vinyl record backwards,and using poor Rory as a volunteer for the two fingered levitation trick. In typical horror movie clichés Rory becomes Possessed wants to kill the other party goers. I don't want to be so pedantic about this film but the whole clichés in this is just awful,and it is stupidly funny, but I do not think this is intentional. I actually believe it was made to be serious,but feel like your watching a Scary Movie Parody film.  And it is so loud with ridiculous over the top screaming from all the actors involved. As I can only watch films as my family have gone to bed,and do not like horror movies,I was watching most of it on mute but with subtitles on as it is so bloody loud. The over the top directing is like it has been directed by Michael Bay on speed, shame as Marcus's previous films weren't that terrible, but I'm not sure as said previously if this was meant as a comedy or not. If it was marketed as a comedy it would have been more enjoyable. With the recent Evil Dead remake,this film wanted to be as disgustingly violent,for absolutely no apparent reason. It was an insult compared to recent possession films,such as The Possession Of Michael King, which was genuinely scary and brought something new the horror genre this film was just a 'piss take'. If it was made twenty plus years ago and me being in my early twenties I would have loved this,but being older and more mature I thought it was just stupid. The acting apart from the screaming is not terrible but the whole possession thing being passed from person to person,could have worked,if the director and writers could decide wether it was for fun or being serious,a Scary Movie parody film or a very serious REC film,which ever category it fitted into it might have worked,unfortunately it could not decide So ended up being a complete mess. 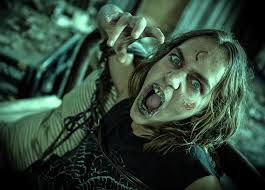