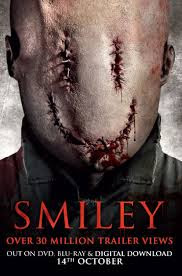 Another film I think was once ruined because of a great marketing campaign. Which was the most watched Trailer on Youtube.I think by showing the trailer gave the public the idea they would be watching this great slasher movie. About a creature if you said I did it for the lulz you would pass the curse on to whoever you were chatting last too in a chat room,and they would be murdered by this smiley character.
The actual film was about the dangers of social media,especially trolling which is so prevalent in today's society now on vulnerable people.That is what this film is really about.
A bunch of sadistic college kids who create this idea of this evil being,stalking the internet,to kill you.To create fear amongst their peers.Now I actually watched this film when I was in a middle of a deep depression myself,and the whole sick idea of creating this thing,to scare an emotionally  disturbed girl until the point of suicide.Is far more scarier than having a slasher who kills kids on the internet. That is why so many people did not get the whole point of this movie. It was a psychological film,about the dangers of the internet,those who use it to destroy peoples lives,to create fear,to use the internet in a way that should not be used for but unfortunately it does. If I could see that whilst suffering depression why didn't the rest of the film watching population.It was't the greatest movie made,but was still a decent film, making a decent point,which most people did not get.Yes I can recommend it,I know others will disagree with me but I thought it was a very clever,very well acted film. Caitlin Gerard as Ashley was a really good performance,showing the signs of an emotional Girl grieving her Mother,suffering with depression and anxiety,and be taking advantage by basically sick individuals who know  nothing about the condition in which she suffers.A very good brave film unfortunately which most people did not get.
4/5**** 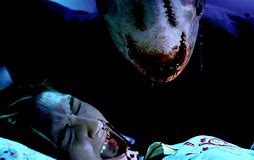