A sickening example of how Horror and Comedy can merge and produce a brilliant film. 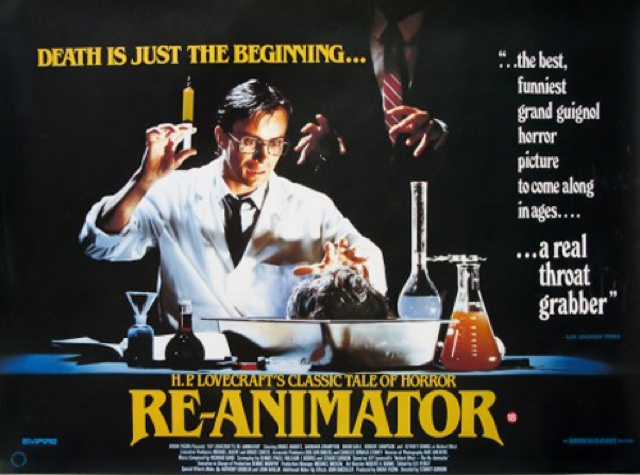 A perfect example of how to get the comedy and gore elements just right, the fabulously over the top horror/comedy from the late 80's. I have watched recently on glorious disgusting perfect Blu-Ray and the quality,the special effects,considering this film is now almost 28 years old, is sublime.
Directed by the fantastic Stuart Gordon,and produced by Brian Yuzna,who went on to direct the sequel of this film,and the equally as disturbing Society.
What can you say about this film, I cannot believe that I only watched it for the first time in 2013, and on Hi Def only recently. If you don't know the story it is about a Doctor Herbert West who is played by the superb Jeffery Combs, he is a doctor who has discovered a serum that can re-animate a recently dead individual. Only the serum always seems to have devastating side effects. But he is determined to get it right. He rents a room from another medical student Dan Cain to do his diabolical experiments in his room,rather than in a laboratory. As I said before this film is gory,it is quite sickening in places,but as I said before they get the humour right,which counter balances the horror side of the film. It is known to be a cult classic and is now heralded as one,and I can see why it is brilliant. So if you haven't seen this jem please watch it, stream it as it is available on streaming services, but do not watch after a full stomach as it won't be full, for very long. 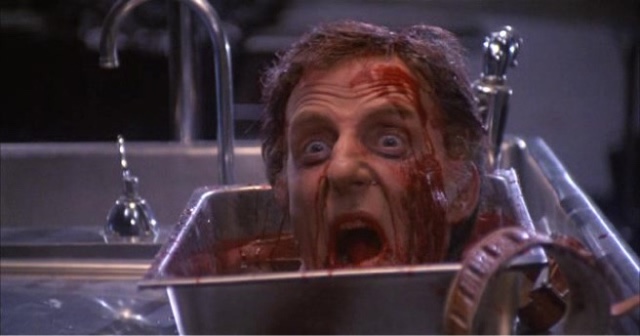