A film that is so bad it is brilliant.

on August 15, 2015
The nurse this is my second guilty pleasure of the day,a film about a serial killing Nurse,who after watching her dad be unfaithful to her Mother. She has made it her life's work to tempt horny married men into a Honey Trap,give them the choice to sleep with her or walk away,if they walk away they live,if they still want to carry on Fu@@ing her she kills them. That is the film really. It stars the stunningly tall Paz De La Huerta  as chief nurse Abbey Russell,who has taken on a bunch of newly qualified nurses under her wing. And she takes a liking to a nurse called Danni. Who she seduces one night by drugging her drink,and then blackmailing her with sexually explicit images of them having sex,to her fiancé. Dannie then starts to get a police detective to look into this nurse, and they eventually find out what she really does in her downtime and that is killing unfaithful men. This film is so over the top,so stupid,it is like your watching almost like a Troma release,really violent,badly acted film. Which is still a complete joy to watch,as it is so bad, it is brilliant. Paz De La Hueta is a terrible actress,but being an ex model you don't need to be bothered with her acting performance, you are just transfixed on her beautiful body. Yes she is stunning,tall sexual,and unfortunately most men married or not,with her coming on to you, you would be very tempted I tell you. Apart from me of cause I'm happily married. This film is filmed in 3d for no apparent reason,as there are no standout 3d effects, probably so you can see her breast and ass better in 3d. Yes it is a terrible film,but as I said before it is so bad,you have to admire that you end up really enjoying it. I think it will be regarded as quite a cult film in years to come.
Directed by Doug Aarinokoski and staring Paz De La Huerta, Katrina Bowden,and Corbin Bleu,from High School Musical fame. As I said give it a go,if not for the Gorgeous Abbey. And rumours have it a sequel is being planned. 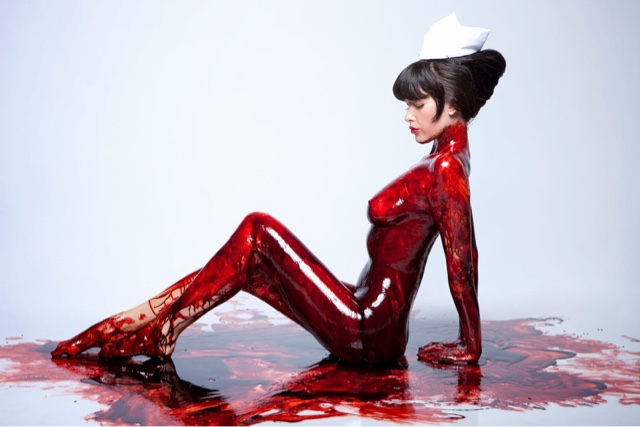