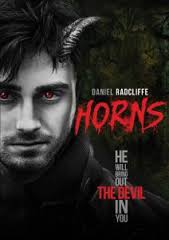 I did have reservations about this movie,and starring former child actor Daniel Radcliffe. Harry Potter in a dark brooding story about love, loss,and revenge.Directed by the king of recent horror Alexandre  Aja.The director of the sick Hills Have Eyes reboot, The director of the brilliant  Switchblade Romance.So Daniel Radcliffe could he survive and keep our attention in this film about a man who turns into the devil.Well yes he does,he was fantastic in this.I would not even know he was the same lad who played Harry Potter for 12 years .He has a potty mouth swearing like I don`t know what. A man who`s life is destroyed by the loss of his Girlfriend, who was murdered. He was the only suspect in the case,but as no or little evidence to pin on him.The case stays open,but that does not stop the Townsfolk in this small town pointing fingers at him,calling him a murderer at every given opportunity.His own family thinks he is guilty too. A man who is at breaking point the only friend he has happens to be his lawyer who is defending him. So if he is the bad guy he might as well turn into the bad guy.He wakes up suddenly one day with these two horns growing out of his forehead.Trouble is no body else can see them,and people around him starting acting strangely,telling him all their dirty secrets .He also has the ability to suggest ideas to them,by telling a woman to eat a dozen doughnuts as she is always trying not to eat them.She eats all of them.He tells his brother who is a musician in a famous Jazz band,who is also taking drugs,one night to take all the drugs he has in the house,why? because he now can,and also his brother thinks he is a murderer.Nothing taste nicer than a bit of revenge.So he uses his new ability to do his own investigation on who killed the love of his life.This film is DARK and I mean dark but underneath it all is a sweet love story about two souls who should have been together forever. And were cruelly taking away from each other.Another point is brought up about the Devil who is not evil after all,but a fallen angel,thrown out of heaven,still an angel but a dark one. The religious parts of this does not take away the viewer`s attention at all.In fact it makes some seriously good points.It is available in two versions the Dvd theatrical version 15 RATED or the Bluray version which is the extended cut with more violence and darkness making it an 18. I have only seen the theatrical version,but I do own the 18 version,just not watched it yet.It is still recommendable to watch Daniel Radcliffe is as I have said before brilliant in this .Juno Temple is stunning shame her screen time is limited,but the young actress who plays her younger teenage self is really good Sabrina Carpenter plays her,and if you have teenage kids you will recognize her from the TV show Girl Meets World. I can recommend this soooo much such a good film.You have to see it for Daniel Radcliffe saying F@@K a lot.and being the darkest film you will ever see him in.Kinda like he has now morphed into Voldermort.A recommendation you bet.