They stole his kidney, now he wants it back 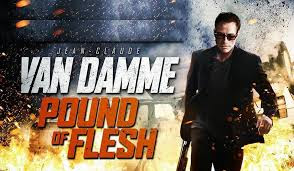 It is a lovely Wednesday afternoon,and instead of enjoying the outdoors, I decided to watch a film, from an actor who I vowed years ago I would not watch another of his films.

That actor is Jean Claude Van Damme, after the abysmal In Hell all those years ago I have not seen another of his standalone films.Even  friends have recommended films such as the Sheperd, Enemies Closer, The comedy Welcome to the Jungle, even the recent Universal Soldier films have been getting okay
reviews. So a film came out two weeks ago,a low budget film from him once again, called Pound Of Flesh. Of Cause I had never heard of it,so I googled it and. I found the trailer on YouTube. Once again yes the trailer looked quite decent, but with these types of films they usually are,until you actually watch them,and find the trailer is literally the film, if that makes sense.
So I put the film in ,expectations very low, to my surprise it was a bloody good film,so good it almost knocked me backwards. 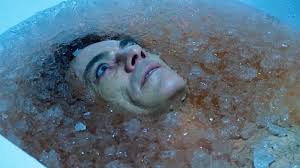 The story is a simple one,two brothers who don't get on one a devout Christian, the other a  mercenary for hire for the highest price,guess which one is played by Van Damme? The reason Van Damme is with his brother is to hopefully make amends with him,and do one decent thing,donate a kidney to his niece,whose is in failure. So he travels to the Philippines, Manila in fact to do the Nobel deed, anyway a chance meeting with a honey trap, Van Damme wakes in a bath of ice,with an 8 inch scar on his side,delusional only almost conscious,with a wad of money nearby,a cruel thank you note for the kidney, an after procedure booklet to read and enough prescription drugs nearby to run a chemist. As I said he is delusional and trying to piece together the last 24 hours. This is when he realises what has happened to him,a black market organ donor without his consent. Now he knows he will only have a matter of hours to locate this kidney,retrieve it,even kill the new donor,so he can give life back to his niece. It sounds far fetched but it actually works. And the film is actually very well acted too with a very good performance from John Ralston who plays George,Van Damme's brother and Van Damme playing the role Deacon, but actually doing a very good job. To lie a little I did see one of van Damme's films I watched the 2009 film JCVD and yes he could act in that,well I would say this was on par form. I never ever thought I would ever be praising a Jean Claude Van Damme film but I really can recommend it. A film that only cost 7,000,000 to make,but actually looks a larger budget. With very strong performances all round,and a film that is not as far fetched as it sounds, Deacon is flawed, injured,even old and haggard,but he will not stop until he can locate his kidney on the black market. It is not an all out action packed movie,but a few fight scenes,that seem releastic and not horrendously staged. If this was a bigger budgeted film I could have imagined the very good,and newest action star in the hood Liam Neeson playing the Deacon role,but the script never made it to the top of Hollywood's must have list,shame really they missed out on a bloody decent script,and a cracking film.
Yes I can recommend this film, oh my god I'm recommending a
Jean Claude Van Damme film!!!
Please give it a go,it really is a very good film, and currently only £5.00 in most supermarkets buy it,stream it whatever but give it a watch,it is Van Damme back to his best ,back to 1993 again in a time between Nowhere To Run,And Hard Target, before his films turned crap. As I said this film I did enjoy,and it brought a tear to my eye,and not because it was so bad,because it was a cracking film. 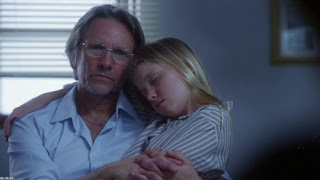