Not a bad film for a big guy 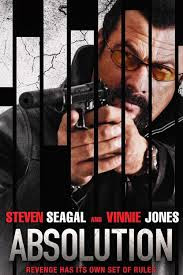 My hopes wasn't running to high on this film,but once again a decent price in a supermarket tempted me. A very good looking trailer on Youtube convinced me to take the plunge.I will be honest like I was the other day on Pound Of Flesh, my expectations wasn't very high on this film. The last time I watched A Steven Seagal film was the 2005 effort that was Submerged  kind of Deja Vu.Both starring Steven Seagal and our very own Vinnie Jones.As I said my expectations weren't that high, but I was proved wrong again twice in a week now. Yes this is no masterpiece the acting is average,but I kind of expected that. We have a half decent action thriller made better by the brilliant Byron Mann who plays the ass kicking karate Hit man Chi, followed closely by Mr Seagal who reprises his role as John Alexander.  Now I'm a film reviewer and even I did not know that this was a Sequel to his 2014 film A Good Man,yes I'm admitting that I did not know that,I thought this was a stand alone film. As I really stopped watching his films after 2005, I cannot be held compleatly for my stupidity. Was I blown away from this film, no I wasn't but as a leave your brain at the door type film,and just sit down and enjoy,then I would say give it a go.We have a simple story of Betrayal,revenge,and two guys doing the right thing to protect an innocent woman from being killed. That is the story really,two guys kicking ass,taking out the  bad guys one by one. I was surprised that Steven still has the moves,for a much bigger guy than he used to be I was impressed by his one on one fighting skills again. Something I have not seen much in his films since the late Nighties, then again I could be wrong,as I stopped watching his films very early 2000's. So please say if I am wrong.So as a fighting,action film with a lot of violence,but only to people who deserve it watch it, if only to see Steven Kick seven bells out of Vinnie Jones,who must have filmed all his scenes on a lunch break from another film,as he only has about three scenes in the whole movie,less than about 10 minutes running time.Please give it a go,I thought it was an Okay film.I might even be tempted to watch another Steven Seagal film now.Where is my Phone so I can Order A Good Man. 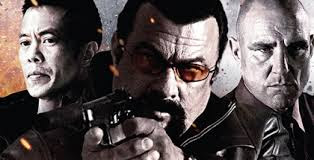