My Favourite colour film franchise in a while 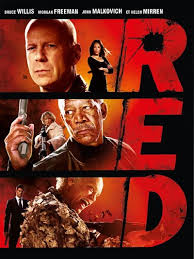 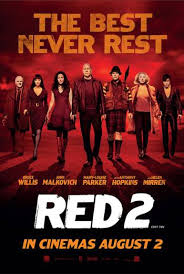 I haven't been a fan of Bruce Willis in quite a while I have not liked any of is films in the last few years.
Don't get me started on the dreadful Die Hard pretend one to be that was a Good Day To Die Hard, or A Good Time To Call It A Day.
Now both these kind of past me by,the first in 2010,the second 2013,but being bored one night RED was on TV so I watched it not expecting much. But I bloody loved it. The Idea of ageing Hitmen, and Woman is brilliant. Where does the Red Come  from.
Retired and.
Extremely.

Dangerous. Although Bruce is showing his age a bit in this film, it is perfect for him,and he is not taking himself too seriously,and the age thing is always referenced in this film, they are not pretending to be youngsters but all are playing their respected ages. But with age come knowledge,experience,skills,that a younger person would
not have a clue.That is the whole point of these movies. I'm not going into the story lines of both films,as they both follow the same path,about being betrayed,getting revenge etc  but the cast of older actors are brilliant. John Malkovich is brilliant as the slightly paranoid loner,who is convinced he will be taken out by someone someday. Bruce Willis the head of the team,who has served his time,and just wants to settle down to a normal life, who has fallen for a telephone receptionist played by   Mary- Louise Parker. Dame Helen Mirren as a sharp shooting killing machine,who happens to be the worlds best sniper. It is a shame that Morgan Freeman wasn't used as much in the first film,but that is just a small gripe. 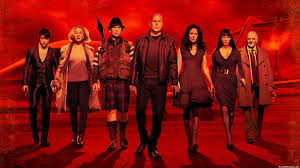 The other actors in both films are all okay supporting actors with the talent of  Karl Urban,Brian Cox, Richard Dreyfuss, and the sequel bringing in Lee Byung Hum,Catherine Zeta Jones, Anthony Hopkins. I enjoyed the first more than the sequel, I thought the sequel was toned down,not as violent,and made to be more comedic which was a shame.As a complete package I can easily recommend both films, number one still being slightly better,but they are both action packed almost family friendly films,you could show to your Gran and she would not be insulted or offended by them.They are both based on graphic Novel comics,and similar to my previous review which was The Losers, these three are my favourite comic book adaption's. Please make it a trilogy and make number 3 please.