on June 30, 2015
Hi I would like to try on this blog to review,and blog most DVD and bluray releases, but to also give credit to the lower end releases each week we see released. Yes we all know about the 50 Shades Of Grey, Jupiter Assending, The second Best Marigold Hotel to name a few.
How about we give chance to the other releases,you know the ones, they are usually priced cheaper than any other release, and within a few weeks drop down to just pounds, or Dollars in single figures.
I like to call them the bargain basement releases, yes I know they are the lower end of any film scale,and yes they are not massive Hollywood blockbusters. Every now and then you can watch or a buy a film and think that film was actually good, I know a lot are turkeys, but every now and then a few turn out to be not just coal,but some turn out to be nuggets of value,and you would want to keep.I have actually contacted a few of the lower production film releases companies  to see if they would send me sometimes films to review, as I'm of a limited budget and cannot afford to buy every release, but I would like to give honest and adjective reviews of films,without the need to keep reading up on these releases, hey ho no joy yet, but I'm determined to make this blog a success.
I want to give all films a chance especially the lower end of film making that gets criminally over looked by bigger production companies. 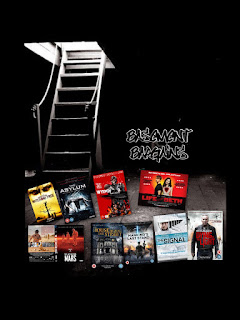